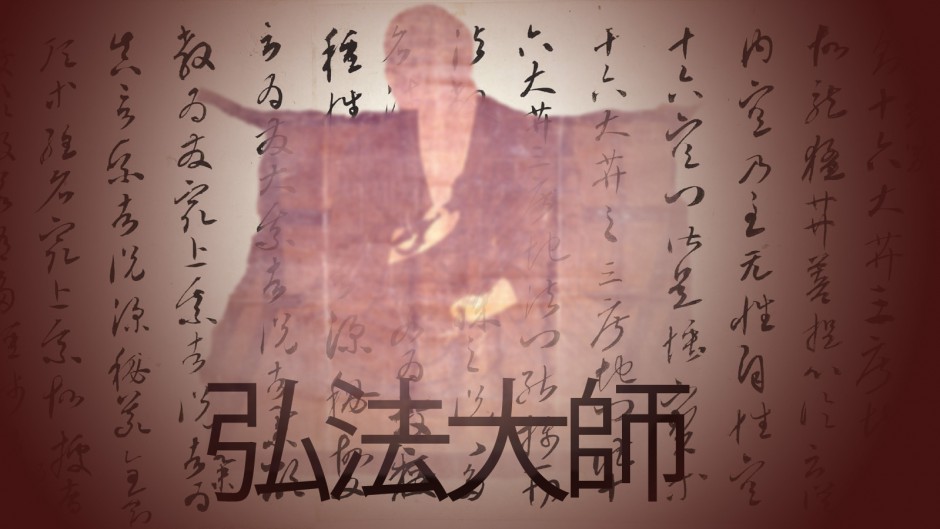 Kobo Daishi, also known as Kukai, was the founder of esoteric buddhism (Shingon Buddhism) in Japan.  He stands as a singularly important figure in the history of Buddhist development.

The official record shows that Kukai’s mother became pregnant after dreaming of an old Indian sage entering into her womb.  He was born in the town of Zentsuji in 774 to an aristocratic family and the position of his family afforded him the comfort of a stable upbringing.

Kukai grew up during the Heian period during a period of renaissance in Japanese Buddhist thought.  As a young child, he was educated by his Uncle who was a Confucian scholar.  Of the three most prominent systems of thoughts during this period, Kukai was becoming well trained in two of them, Buddhism and Confucianism.  He would also go on to study Taoism.  Kukai’s first major work was a comprehensive comparison between the three systems.

Kukai’s Growth as a Philosopher 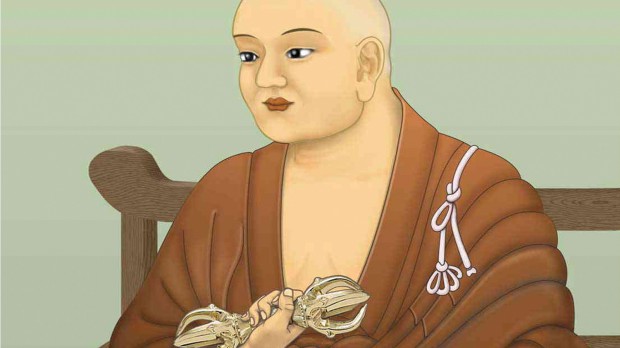 While Taoism and Cunfucianism can be said to be esoteric in the sense that they preach a system of behavior that leads to an improved relationship with reality, Buddhism in ancient Japan was an exoteric system, or a body of practice based on the study of philosophy.  While Taoism and Confucianism were similarly limited in the depth of their philosphy from a cosmic perspective, they at least provided a real path towards improved living.

Kukai became frustrated with Confucianism as a school of thought and dropped out of his university, retiring into the mountains for reflection.  During this period, he spent a great deal of time studying the myriad Buddhist sects and became convinced that hidden in the various branches was a path for him to achieve enlightenment.  In his early 30’s, he was officially sanctioned by the Japanese government and made his way to China to continue his studies.

The more romantic summary of his desire to go to China is summed up thusly:  Upon hearing a voice in his dreams that told him to search for an ancient scroll, he travelled to China and studied under Master Hui Guo of the Qinglong Monestary.  The Master, being near death, took an immediate liking to Kukai and made a concentrated effort to fill him with as much knowledge as he could: arranging for lessons from masters in Sanscrit, Chinese Poetry and Literature, as well as esoteric Buddhism.

In any event, the fact is that among thousands of disciples that had practiced with Hui Guo for decades, Hui Guo chose Kukai to follow him as the eigth patriarch of esoteric Buddhism.  Kukai’s studies in China went beyond Buddhism to include poetry, calligraphy, and many other art forms.

Return of the Grandmaster

Upon returning to Japan, Kukai would go on to write a number of vital works on the subjects of mind, body, matter, and enlightenment, firmly planting esoteric Buddhism, or Shingon Buddhism, as the principle body of philisophical thought in the country.  Exoteric Buddhism, or Nara Buddhism, preached that enlightenment was only possible through studying and completing a process that would occur over many lifetimes.  On the other hand, Kukai formed a body of thought that provided for the ability for anybody to achieve enlightenment with physical and mental practice in their current lifetime.

Beyond growing into an official role as the religious leader in Japan, he was also involved in the successful management of a number of important public works projects, including the restoration of reservoirs and the building of temples and schools.

As a historical figure, Kukai is granted all fashions of mysterious powers.  Upon his death, he was entombed at the monastery on Mt. Koya.  Some time after his death, it was discovered that his body had not decayed.  It is said that Kukai had entered into a state of eternal repose, enlightened and forever meditating.  A single monk at Mt. Koya is tasked with the job of caring for Kukai’s body, entering the tomb once a day to feed, cloth, bath and groom Kukai.

A few decades after his passing, Kukai was given the ceremonial title Kobo Daishi, or the Great Deacher Who Spread the Dharma.

The Psyche Diver Series, By Baku Yumemakura pits a crazed, demented group seeking immortality through hellish rituals–rape, incest, slaughtering young women and drinking their blood–against members of Kukai’s sect of Shingon Buddhism in a violent, lust filled battle.  The story begins with the kidnap of Kukai’s Shinbutsu, or mumified body, by the evil group.  They plan to enter into the mind of the eternally meditating Kobo Daishi to the secret of immortality.

The first volume of The Psyche Diver Series, By Baku Yumemakura, Demon Hunters:  Desires of the Flesh, is available now on the Kindle Bookstore.